Food brings people together, regardless of age; sharing a meal with others is simply enjoyable. Pork perhaps is one of the most consumed meats worldwide as it is delicious and healthful.

Pork is a versatile protein that readily absorbs the flavor. Almost any cooking procedure can be utilized to attain the desired result. If you have limited ideas and pork recipes, we got your back!

Remove your go-to pork recipes and add some new ways to your collection. From roasted and braised to smothered and rolled, we discovered the finest pork preparations you can surely enjoy. Whenever there is a celebration, pork barbecue is almost always included on the table. Ou can try different types of barbecue using pork.

When it comes to food, it’s impossible to go wrong with a classic like this one, especially when it’s so delicious and juicy to the mouth! It is a cuisine that is suitable for both young children and adults.

Memphis’ true barbecue claim to fame is its signature dry-rub blend of paprika, salt, dry mustard, cayenne pepper, garlic powder, and onion powder; and, of course, its World Championship Barbecue Cooking Contest, which is listed in the Guinness Book of World Records as the largest pork barbecue competition.

Baking pork delivers dry heat and lower temperatures to tenderize large pieces of pork, making it the ideal method to use when the weather is cool.

Pork chops baked in the oven can be filled, breaded, or served with toppings or sauces; the possibilities are unlimited. If you love braised beef, you can also enjoy braised pork.

The braising process is beneficial for less expensive cuts of pork. The pork becomes so delicate that it melts on your tongue when cooked for an extended amount of time in liquid.

There is no need for a recipe to create the braise of your dreams. Not that there’s anything wrong with following a recipe; it’s just that when you cook from a great amount of them, you’ll discover that they all generally adhere to the same style. Learning to braise meat is mastering the fundamental technique and then putting your own twist on it by modifying the ingredients and flavor profile.

The path of least effort! This tenderloin recipe has a lot of flavors thanks to its simple preparation and the fact that it is cooked over an open flame.

Grill the pork chops over direct heat with the lid closed for 8 to 12 minutes, flipping once, until well-marked. For juicy pork chops, the pork chops should be cooked to a temperature of 140°F with a slight pink hue. Before slicing and serving the chops, allow them to rest for 5 minutes to allow the juices to settle. The Instant Pot is quickly becoming the most popular appliance in the world of cooking. It is ideal for preparing gourmet dishes in half the normal amount of time, such as this pulled pork.

A superb savory dinner is well worth the time it takes to prepare, but let’s face it, none of us wants to commit an entire day to make it unless it’s for a truly special event – even if we have plenty of free time. Because of this, you must understand how to cook a pork roast in an electric pressure cooker. The pork is roasted by heating it uncovered in a preheated oven. The excess fat must be removed from the meat before it is tied, if necessary or preferred.

Marinating the meat provides the essential fat for flavor and helps keep the meat wet while cooking for cuts that do not have natural marbling. Marinating the meat before roasting or basting it with meat juices throughout the cooking process also contributes to the soft and juicy meat.

Roasting is a fantastic way to create a meal that requires the preparation of additional dishes before serving. Generally, it involves a longer cooking time than other techniques and requires less supervision during the cooking duration. This allows for the preparation of other dishes. To sauté is to cook food in minimal fat over relatively high heat rapidly. The term is derived from the French verb sauter, which means “to jump.” It describes how food reacts when placed in a hot pan and the manner of tossing the food in the pan.

This direct-heat technique is ideal for weeknight cooking. In many cases, the complete dinner can be prepared in a single skillet, saving time on cleanup.

Stuffing may be used in crown roasts, extra-thick chops or steaks, rolled roasts, and flattened tenderloins. The stuffing can be created with a simple bread or wild rice mixture, with additional flavorings like onions, garlic, lemon, herbs, and spices. Additional ingredients, such as sausage, veggies, mushrooms, pecans, and chestnuts, can be added to create a recipe with a distinctive flavor. Binding stuffing using eggs and adding stock or broth for moisture is typical.

When filling a crown roast, place the stuffing in the center of the roast and then cover it with aluminum foil. During the last 45 minutes to an hour of cooking, remove the foil so the filling can brown. To stuff extra-thick chops or steaks, create a pocket for the stuffing by cutting a slit along the side and through the center of the chop.

A slow cooker, often known as a crock-pot, is an electrical countertop cooking appliance used to simmer food at a lower temperature than baking, boiling, or frying. You can perhaps try this Slow Cooker Sweet Pork Barbacoa Recipe just like in Mexico.

This kitchen countertop appliance (slow cooker) has a lot of fans for a good reason. The pork shoulder and other larger chunks of pork can be perfectly tenderized using a slow cooker, which also offers the convenience of walking away while cooking.

Are you pressed for time? The cooking method of choice should unquestionably be stir-frying. It requires very little fat and a high temperature to speed up the cooking process. Who would turn down something like this when there are so many stir-fry sauces to choose from?

“Stir-frying” is undoubtedly the most well-known method in Chinese and international wok cooking. Contrary to what some may believe, the approach requires a bit more finesse than just tossing meat and vegetables in a pan and dousing them in soy sauce. 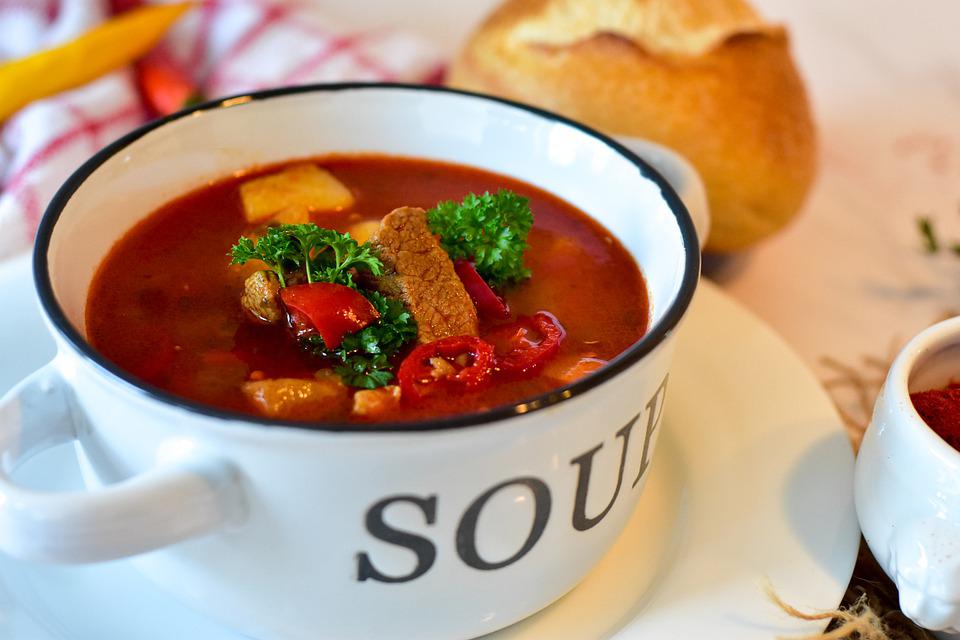 What a definition of coziness and comfort! The stewing process is distinguished by using a tasty liquid cooked at a low temperature for an extended period. Because of this, the flavors can meld together nicely.

Stewing is a combined cooking process in which small, uniform chunks of meat are completely submerged in liquid and simmered gently. In this instance, the food and beverage are served in a single dish.

This is a slow-cooking process similar to braising, but the beef is submerged in liquid. Stewing is best prepared in a heavy stockpot, Dutch oven, or slow cooker on the stovetop or in the oven.

Smothering refers to the practice of covering meat with a flavorful sauce and may also involve the addition of vegetables that have been sautéed and melted cheese.

Both Cajun and Creole cuisines of Louisiana employ the cooking method of smothering meat, seafood, and vegetables. The method entails cooking in a covered pan over low heat with a reasonable amount of liquid, a sort of stovetop braising. The meat meals prepared are often served with rice and gravy over boiled or steamed white rice, while the vegetables are typically offered as side dishes.